On Friday the 30th of June, I was thrilled to experience Bahrain’s Animania, and am even more excited now to blog about it! I arrived at the Bahrain International Circuit, and proceeded smoothly all the way to the venue, in a rather convenient bus that shielded me from the scorching summer sun. As soon as I entered the doors, it was as though I had entered an alternate universe…

Each room was a different encounter and every time I revisited them, there was something new to discover. From a gaming room filled with the latest games and technology to merchandise packed with amazing artists and buzzing creativity, it was full of life. So much life in fact, that some characters even came to life in the form of cosplay. The characters were so well put together I couldn’t resist taking pictures as a blogger in bahrain, even if I didn’t particularly know who they were. I even got to help the famous batman fix his belt, a reminder that even superheroes can have clothing malfunctions! I won’t lie, I don’t know much about gaming or anime but I will say that I have a new-found respect for the art and effort that goes into it.

A series of games were laid out, such as rodeo and sumo wrestling. Many people joined in on the games as I stood back and enjoyed the laughter that was shared as people fell off the bulls, and tackled each other in sumo suits. Even the food kiosks had games, one in particular, called Southside: a fun concept of food accompanied by games. I enjoyed a delicious saffron milkshake that energized me completely. I was even able to take photographs in their cowboy hats and ‘’wanted signs’’.

Gaming competitions took place, and the room filled with cheer as we watched teams compete against each other on a huge screen. Fifa and other games were being played by gamers and everyone seemed occupied in their field. I even managed to get a photograph with a professional bahraini gamer ! After seeing how colorful and imaginative the world of anime and gaming is, I will definitely have to learn more and hopefully partake as a character in the next Animania!

I ended my day with a filling chicken zinger and hopped back on the bus to my car. The thing that amazed me most was that thousands of people stood under the same roof all for the love of games, anime, and new experiences, and I for one, think that’s awesome! Can’t wait for the next event! 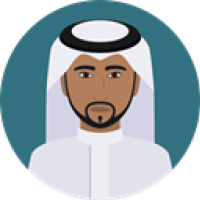 The General Benefits of Blogging and Connecting with Bahrain Blogger
September 21, 2017